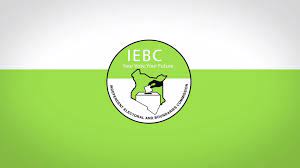 The Role of Electoral Systems on the Participation of Women in African Politics: Lessons from Uganda, Tanzania and Ghana Elections

The last decade has seen an increase in political participation and influence of decision making by women in Sub-Saharan Africa, with the gender gap narrowing. stimulation of women the advancement of in politics in Africa is pegged on a number of factors, including gender quotas in politics, women movements nationally, and the external effect of democratic values throughout the continent. That said, only a few women have managed to make it to electoral positions despite the growth of equal access to political decision making by both men and women.

In 2020 and 2021, parliamentary and presidential elections were held in Tanzania, Ghana and Uganda under the Covid-19 health pandemic. The election results tended to mirror those of 2015 and 2016 in terms of women elections where, for example, in Uganda and Tanzania, the percentage of women elected and nominated to parliament in 2020 elections were 34.8 per cent and 36.8 per cent, respectively, compared to the results in 2015 and 2016 with 34.97 per cent and 36.00 per cent, respectively. In Ghana though, only 13 per cent of women are represented in the 275-member parliament after the 2020 general elections compared to 13.1 per cent in 2016. This indicates that there were no significant changes in women participation in politics between the two electioneering periods.

Post colonialism, the African continent has had only ten female heads of state, five (5) of them on acting or interim basis serving 1-4 months following deaths, absence or resignation of male presidents. Two out of the ten were vice presidents who became presidents following the death of male presidents in office, two elected through parliamentary system and one elected through majority votes. Joyce Banda of Malawi became President in 2012 following the passing away of President Bingu Mutharika. Likewise, more recently, Samia Suluhu became the first female President of Tanzania following the demise of President John Pombe Magufuli. Ameenah Gurib-Fakim of Mauritius was unanimously elected President in 2015 by the National Assembly following the resignation of then President Kailash Purryag. Similarly, Sahle-Work Zewde of Ethiopia was elected president unanimously by members of the Federal Parliamentary Assembly in 2018. Liberia’s Ellen Johnson Sirleaf has not only been the longest serving female president in Africa but has also been the only one elected through a majority vote. In 2005, she garnered 59 per cent of the votes against George Weah’s 40 per cent in the run-off elections. In 2011, she won the second round of elections with 90 per cent following a boycott by the opposition candidate. Furthermore, Uganda and the Gambia were among the first countries to have female vice presidents in 1994 and 1997. Currently, the Gambia, South Africa and Zambia have incumbent female vice presidents.

The electoral systems used in representative democracies can basically be divided into two, namely the majoritarian or First Past The Post (FPTP)and the Proportional Representation (PR) also called the ‘list’ system. Mixed Electoral systems are also common, where different methods are adopted to allocate seats from a single election. Countries that have plurality majority electoral system or FPTP have less election of women and other minorities groups unlike Proportional Representation (PR) system that offers equal opportunity for representation for different groups. For example, of the five countries in the world who have 30 per cent or more women parliamentarians in their assemblies have proportional electoral system or mixed electoral system and none has a FPTP system. Germany and New Zealand have Mixed Member Proportional Systems; both countries currently have female heads of state. PR system works in favour of women than FPTP due to the persistent prejudices against women in politics (women rarely emerge winners in FPTP systems). PR systems with quotas are the most ideal for achieving high women representation.

Uganda has the FPTP electoral system with constitutional quotas. Article 78(1) of the Ugandan Constitution stipulates that in the 112 districts in Uganda parliament shall constitute of one woman representative for every district. Uganda has the oldest established system of reserved seats for women among the FPTP countries in Africa. The country has largely been able to enforce this as the constitution guarantees 30 per cent seats for women. However, women representation is higher at the decentralized level of districts as opposed to the national level.

In Tanzania, the mixed electoral system is followed, where women members are required to be more than 30 per cent in the National Assembly as per the constitution. Political parties distribute the special seats for women in proportion to the number of seats awarded to them in parliament. This quota has allowed for more than 30 per cent representation in the parliament even in the just concluded elections.

In Ghana, the FPTP system is followed and the country has not pushed for participation of women in the elections. . Instead, as an affirmative action for Ghana to reach the required numbers of female representatives, political parties that contest parliamentary elections through the electoral commission may propose and submit eligible female candidates for nomination to the Special Seats. As a result of lacking a more deliberate intervention such as quotas, women representation in Ghana continues to be low.

Representation of women in Kenya’s 12th Parliament stands at 23.3 per cent, the highest since independent but still the lowest in the East Africa region. A look at Kenya political parties using a gendered lens reveals that political parties’ policy documents have documented gender equality, however the necessarily required measures for effective implementation and actualisation of the commitments in regard to equal representation is lacking. Political parties form a major player in bringing together different interests, onboarding, and presenting candidates, and developing key policy proposals that provide citizens with a choice for women as eligible candidates for election.

Kenya has a Bicameral parliament comprised of the national assembly and senate, utilizing voluntary party quotas and legislated quotas at the devolved level. The Constitution provides for equality among its citizens, including the right to political, economic, cultural, and social spheres. The government has enacted laws, including affirmative action initiatives and policies designed to  give full effects to achievement of the above rights and address historical injustices and past discrimination. Further, Kenya is legislating political parties’ requirements to submit an engendered list of nominations for elections meeting the two third of either gender criteria. If this is passed, it will be a great milestone in ensuring women are elected into office.

The Constitution of Kenya 2010 allows for a National Assembly that constitutes 290 elected members from constituencies, 47 Women Representatives from the from each county and 12 members selected to represent special interest groups totalling to 349 members. The Constitution Amendment Bill 2020 proposes that the current mixed system in the national assembly be changed to a Mixed Member Proportional Representation (MMPR) system that considers the two-thirds gender rule and other Constitutional requirements. The amendments envision a parliament with 290 members from constituencies elected through First Past The Post system and 70 members voted through Mixed Member Proportional Representation. Proportional Representation is guided by the aspect that every vote counts and everyone should have the right to fair representation. In the Kenyan Scenario, , the system has not fully achieved these goals because the reserved seats according to the constitution and the political parties act, rather than the number of votes received is allocated based on the number or the proportion of elective seats won.

Women’s contribution to development in Africa today is unquestionable. To inform the upcoming elections in 2022 in Kenya, a more favourable electoral system is required. Further, it is necessary to maintain the momentum to reform negative societal perception (social, cultural and religious) on women leaders.