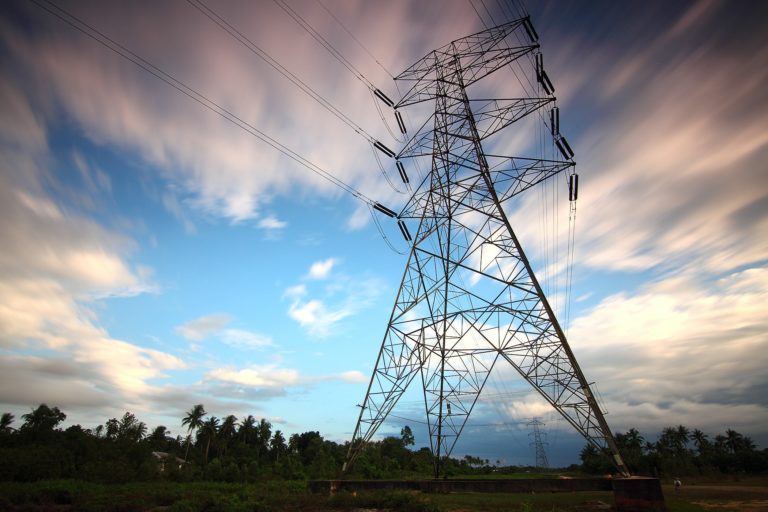 Russia and Ukraine are big players in the energy sector, being major suppliers of energy- related products such as oil, gas, and coal in the world. The effects of the conflict between the two countries continue to reverberate across the globe, with part of its heaviest impact being the surging prices of energy by 58.3% from December 2021 to June 2022. Russia produces approximately 10% of the world’s total consumed energy and exports approximately 10% of the world’s oil, 8% of global gas and 15% of coal as of 2020.

The economic sanctions against the Russian government were initially broad in nature but they, however, increasingly targeted the energy sector in a bid to cut off the energy revenues financing the war. No governments have taken extreme measures such as issuing full embargoes on energy imports from Russia. Among the sanctions towards Russia by the United States include a ban on importation of crude oil and certain petroleum products, natural gas and coal, and bans on investments by American companies that may lead to expansion of the Russian energy sector.

The European Union is more reluctant to impose strict sanctions towards Russia, especially those directly affecting the energy sector given the continent’s heavy dependence on Russian oil and gas. This is evidenced by EU imports in 2020, where oil made up 36.5% and gas 41.1%, all from Russia. The region is, however, considering issuing a ban on Russian oil and gas imports and sale of technologies in oil refining against the country in view of recent reports detailing atrocities committed by Russia in Kyiv. Financial sanctions by both the US and the EU have hampered clearance and insurance of payments in the energy markets especially with supplies from Russia, making it difficult to trade with Russia, especially on energy.

Effects of the War on Global Energy Security

The cascading negative effects of the Russia-Ukraine conflict have battered the world that is recovering from the negative effects of COVID-19 by disrupting the global energy market. This is in recognizing that Russia is the world’s largest exporter of natural gas and the second largest exporter of oil (10%). The supply gap creates a challenge to the global community given that the world relies on oil and gas for energy supply, making up nearly 50% in 2022.

The disruption of the energy supply following the war has led to an unprecedented increase in the prices of oil, gas, and other fossil fuels. The price of oil has increased to US$ 114.3 in Organization of the Petroleum Exporting Countries (OPEC) per barrel as of 5th July 2022 with renewed effort by the EU to ban most oil imports from Russia. Global gas prices also increased from US$ 2.55 in January 2022 to US$ 3.27 in July 2022.

The destruction of infrastructure in both Russia and Ukraine has led to immediate disruption of logistical supply chains of oil and gas to Europe, but it is more significant in Ukraine than in Russia. The besiegement of Ukraine’s major cities by Russia, bombings of a nuclear power station, Zaporizhzhya, and deliberate sabotage of critical assets have disrupted the energy supply. The movement of goods in the Black Sea region has become significantly more challenging and more expensive in the wake of the conflict, especially due to the closure of all Ukrainian ports.

Russia and Ukraine are not members of the Organization of the Petroleum Exporting Countries (OPEC); Russia, however, has a standing agreement with member countries to

cooperate in oil pricing and production. Despite appeals by the US, the United Kingdom, and the EU to mitigate oil prices by increasing oil output, OPEC has been reluctant to act for various reasons, including limited capacity by some member states, and respect for Russia’s partnership. Producing more oil would stabilize the global prices which have increased exponentially following the COVID-19 pandemic and the Russia-Ukraine war, but OPEC is slow to act. OPEC is now considering exempting Russia from new deals due to its reduced output, which raises hope that some member States will increase their output and stabilize prices.

Kenya’s energy sector has also felt the effects of the conflict. Most of the country’s oil is imported from the United Arab Emirates, and India, Saudi Arabia, China, and Malaysia. While the country does not directly import from Russia, the emanating global supply shock with reduced supply and consequently increased prices is being felt locally. Pump prices in the country were relatively stable in January and February 2022 but increased slightly following Russia’s invasion of Ukraine by 16% to a record high of Ksh 150 per litre in June 2022 as shown in Figure 1 below. The fuel prices are likely to continue rising in the coming months given that the conflict between Russia and Ukraine is likely to be protracted.

States apply subsidies to cushion their citizens from high prices of various commodities such as fossil fuels by keeping the prices relatively low, but subsidies are costly and risky. In 2020, the IMF estimated that 6.4% of the global GDP went to fossil fuel subsidies and projected that this would increase to 7.4% of GDP by 2025. Prior to the invasion of Ukraine, countries were already implementing fuel subsidies owing to the price surge as they recovered from the slump caused by the COVID-19 pandemic against constrained supply. Some countries such as Greece, Norway, Malaysia, and Spain maintained or expanded existing subsidies following the onset of the war, while others such as the United Kingdom, Kenya and Bulgaria introduced measures such as subsidized fuel prices, tax exemptions in countries such as South Africa and Serbia.

The International Energy Agency (IEA) advocates for countries to eradicate or at least reduce subsidies on fossil fuels for various reasons. Subsidies give the wrong price signals to the consumers, leading to more borrowing and higher taxation especially in developing economies, impeding economic growth due to inefficient resource allocation, and encouraging environmental pollution which in turn undermines the efforts and gains to mitigate climate change. These measures introduce new additional costs that need planning and budgeting to execute in economies recovering from the effects of the pandemic and posed risks of the future performance of the energy sector and fiscal sustainability. While the short-term relief from subsidies is important, the long-term risks are more severe.

The high oil prices have led to increased costs of transportation, electricity, and manufactured goods in Kenya. This crisis presents an opportunity for Kenya to hasten its exploration of oil deposits in the Northern part of the country. The presence and capacity of Kenya to mine its own oil would have lessened the effects arising from the Russia-Ukraine conflict but would not entirely prevent it. The demand for oil in the local market would require imports to fill the supply shortfall, and any disruptions would put pressure on local production.

Kenya first discovered crude oil in 2012 in Turkana County, whose export was expected to increase Kenya’s foreign reserves and have a positive impact on the economy. In August 2019, Kenya exported 200,000 barrels of oil retailing at US$ 60 per barrel but has not been able to export more since. There have been several challenges identified that may explain this delay: conflict between the local community and the government and investors has hampered the process; extraction technology was declared inadequate by Tullow Oil; and a high cost of production and transportation have reduced the profits. Global prices of oil per barrel are volatile and set by external factors of demand and supply and may not earn as much revenue as anticipated.

The COVID-19 pandemic led to the downscaling of operations by Tullow Oil, the main extractive company, and is yet to resume normal operations. Investors reportedly sold their assets following the onset of the pandemic in 2020, leading to the project becoming uneconomical to operate. The government has an opportunity to revive and accelerate oil exploration given the increased global demand for oil and the high prices that would make the project economically feasible. To avoid conflict with the local communities that have historically been marginalized, the government needs to implement a resource-sharing plan that is transparent and fair and benefits the residents.

Geopolitical events such as the war between Russia and Ukraine have direct and indirect impacts on the globe, especially in changing global dynamics of energy supply and prices due to market volatilities. Countries that issued subsidies to shield their local energy markets from the shock of the war, including Kenya, may exacerbate future shocks since these are temporary and unsustainable measures. Countries need to review oil energy subsidies and increase the momentum for the adoption of clean and renewable energy such as utilizing solar energy.

The road to achieving global energy security is a double-edged sword, with the need for countries to attain energy independence while preserving the environment. In a bid to fill the supply gap left by the effects of Russia-Ukraine war, countries are reverting to extractive and fuel-based energy generation which reverses the gains of climate actions such as decarbonization. Additionally, the transition to clean energy is impeded by the conflict, given that Russia and Ukraine are key suppliers of ‘energy transition metals’, particularly aluminum, copper, and lithium. These three are vital in boosting the clean energy sector as countries scramble to build self-sufficiency in energy to avoid future shocks as highlighted by the war and its reverberating effects on energy prices and production.

The International Energy Agency gives various suggestions that Europe could take to reduce its reliance on Russian energy imports, which can also be applied to other countries in the world to secure energy security. They include acceleration of wind and solar energy projects, maximizing the use of bioenergy and nuclear power, and increasing efforts to decarbonize the sources of power. The conflict has accentuated the pressing need for countries to increase renewable energy supply and develop alternative sustainable sources of energy.