The East Africa Community (EAC) bloc is an intergovernmental organization comprising of six member states, namely Kenya, Uganda, United Republic of Tanzania, Rwanda, Burundi and South-Sudan. The bloc’s operations are directed by the treaty for the establishment of the community. For instance, admission of a new state into the bloc is guided by Article 3 of the EAC Treaty, which articulates matters to be considered before admitting a foreign state to the community. They include potential contribution to the strengthening of integration within the region, geographical proximity, compatible social and economic policies, among others. Therefore, a foreign state wishing to join the bloc must meet the conditions set out in the treaty.

The EAC integration is anchored on the following pillars: custom union, common market, monetary union and political federation. These pillars aim at eliminating barriers that hamper trade between partner states. Mid 2019, with the intention of increasing trade with the EAC and creation of job opportunities through labour and market access, the Democratic Republic of Congo (DRC), which is in the central part of Africa bordering most East African (EA) countries namely South Sudan, Uganda, Rwanda, Tanzania and Burundi tendered its formal application to join the EAC bloc. The application of DRC to join the EAC bloc is currently under review for consideration by the EAC member states.

The country is best positioned as stipulated in the geographical proximity and inter-dependence clause of the EAC treaty. Apart from being geographically near and bordering EAC member countries, the EAC treaty on admission of new member state stipulates that the country should respect principles of democracy and offer allegiance to the EAC ideals, such as adhering to rule of law, accountability, transparency and social justice. The country should also practice gender mainstreaming in all its endeavors, offer equal opportunities, promote and protect human rights in accordance with the provisions of the African Charter on Human and Peoples’ Rights (ACHPR).

The Democratic Republic of Congo (DRC) is endowed with vast natural resources and minerals such as copper, cobalt, ores, mineral fuels and gems. It imports foodstuffs, fuel, textile and machinery in which it majorly relies on Dar es Salaam and Mombasa ports. As at 2018, DRC imported goods worth US$ 14,972.70 million of which 6% were from the East Africa region.  DRC total exports for intra-EAC trade was US$ 4,030.4 million while total imports were US$ 2,513.7 million, recording a trade surplus of US$ 1,516.7 million. The East African partner states export the following products to DRC: organic chemicals; cocoa and cocoa preparations; gums; oil seeds and medicinal plants; tanning or dyeing extracts; products of the milling industry; glues; pulp of wood and other textile articles; ores; slag and ash; fur skins and artificial fur; wool; fine or coarse animal hair; Zinc and Tin articles; arms and ammunition, parts and accessories; works of art; silk; raw hides and skins; knitted or crocheted fabrics; precious metals; aircraft, spacecraft, and parts; and musical instruments, parts and accessories of such articles, clocks and watches and parts thereof. The East Africa Community imports the following products from DRC: precious metals; wood and articles of wood; iron and steel; animal or vegetable fats and oil; mineral fuels; printed books; cosmetic or toilet preparations; aluminum and articles thereof; cocoa and cocoa preparations; inorganic chemicals; waste from food industries; coffee; tea mate and spices.

The African Development Bank (AfDB) Economic Outlook for 2019 indicated that East Africa was the fastest growing region in Africa for the fifth year. The region grew by 5.7 per cent in 2018 and was projected to grow by 5.9 per cent in 2019, and 6.1 per cent in 2020.  Despite the indicated growth, the East African Community (EAC) faces several challenges, which include political instability and high rates of unemployment especially among the youth. Roads and railways lines are also in dire need of improvement, but it is evident that the economic priorities of these member countries are not uniform. Rwanda, Uganda and Kenya had earlier agreed to jointly develop a standard gauge railway running from Mombasa to Nairobi, then to Uganda and finally to Rwanda. However, Rwanda decided to build her railway line from Tanzania instead. Additionally, more non-tariff barriers continue to interfere with trade flows among the member countries. Further, Kenya’s 2019/2020 budget remains the biggest in the region at almost US$ 30 billion followed by Tanzania with a budget of US$ 14.3 billion, Uganda US$ 9.1 billion and Rwanda US$ 3.2 billion. With a total of US$ 56.6 billion, the budgets were ambitious in their continued spending on infrastructure, which has plunged the region into high levels of public debt and increased fiscal gaps. These challenges could slow down the economic progress and prospects of the region.

To show her goodwill to EAC, the DRC has joined the regional Electronic Cargo Tracking System, a development that promises safer movement of goods, faster collection of trade data and a vital test for their prospects of integration into the East Africa Community. The Electronic Cargo Tracking System, which is a regional customs monitoring platform, provides real time tracking of cargo trucks between the Mombasa port and destinations within Kenya, Uganda, Rwanda and now the DRC. This could end years of misery for traders affected by incidents of cargo being stolen or lost in transit, often in Eastern Congo. These efforts are meant to minimize travel delays, security risks and dumping.

In appreciating the gains if DRC is admitted into the EAC, DRC will be part of the custom union, which stipulates that the custom duties and other charges of equivalent effect imposed on imports shall be eliminated, and the non-tariff barriers to trade among the partner states shall be removed, and a common external tariff in respect of all goods imported into the partner states from foreign countries shall be established and maintained. Moreover, DRC membership could offer the potential of opening a vast trading and communication corridor right across the middle of Africa from the Indian Ocean to the Atlantic Ocean. Additionally, DRC has signed a memorandum of understanding with Trademark East Africa (TMEA) with the intention of facilitating projects that will spur cross border trade and improve trade links between the country and EAC member states.

The DRC has a total population of over 81 million. Therefore, admission of DRC into EAC would not only raise the total number of imports from EAC but also the number of people within the community thus offering a larger market for trade. Additionally, DRC’s domestic market is not fully tapped and, therefore, this would be attractive to both EAC and the international companies. It will also create an avenue for EAC traders to penetrate the Central African Markets (CAM) through its linkages. This will be facilitated by eliminating trade barriers through opening of borders for trade, which will in turn lead to increased trade, expanded market by pooling resources together and combining markets to attract investors who wish to take advantage of the economies of scale.

Increased Foreign Direct Investment (FDI) is another benefit the bloc will gain through the enlarged market with minimal clearance formalities. It will also create an enabling environment for private sector players with cross-border operations to explore the competitive advantage offered by regional business locations, not forgetting the benefit of free movement of people across the region. Also, DRC joining the EAC will create an avenue for EAC member states to set up warehouses in DRC to drive more exports and bar competition from neighbouring countries and other countries such as India and China, which are threatening EAC bloc dominance of the key markets in DRC. These warehouses will ease the struggles that come with cross-border transportation.

Most EAC countries grapple with low timber supply, with strict regulations banning illegal logging; the bloc can tap into DRC as a major supplier of hardwood timber as it has about 156 million ha under rainforest.  In addition, DRC is the host to the world’s second-longest river, the Congo, and vast land of fertile soil, which makes it potentially one of the biggest agricultural producers in the world. This makes DRC a potential ground for investors in agriculture.

The Democratic Republic of Congo (DRC) is one of the major producers of cobalt, copper, diamond, tantalum, tin and gold in the world. These mineral resources constitute the largest share of export earnings for the country. In 2009, the country’s total mineral wealth was approximated to be US$ 24 trillion, which is equivalent to the GDP of both the United States and Europe[1]. Despite having all this mineral wealth, DRC remains poor and underdeveloped. As such, EAC may explore these vast opportunities in mineral wealth in the event it is admitted into the community.

Despite DRC being rich in natural resources, it is still faced with economic challenges as a result of poor infrastructure and being landlocked. In as much as DRC stands to gain a lot by joining EAC, it is also likely to face potential strains. These include competitive disadvantage of domestic producers and entrepreneurs as a result of elimination of tariffs and non-tariff restrictions, which could result to influx of goods and services from bigger economies such as Kenya.

In examining DRC’s quest to join the EAC bloc, and the benefits current EAC members stand to gain, we cannot overlook developmental and political challenges facing the DRC, which can lead to rejection of this application. Although the change in leadership in the DRC with President Felix Tshisekedi taking over is an opportunity for the country to embark on better governance, the country is likely to continue experiencing instability should the President fail to make fundamental changes and reforms in key institutions and ensure socio-economic development. Since the 1990s, DRC has experienced political instability as a result of a series of conflicts. Further, more than 120 rebel groups operate in Eastern DRC due to the absence of solid government structures. The country is also prone to disease outbreaks such as Ebola, cholera and measles. This poses a need for the country to establish policies on epidemiology training, which will ensure that these diseases are detected and contained before they become epidemics. Further, with the expected increased free movement of persons after admission of DRC into the Community, it may worsen the porous borders and propagate proliferation of arms and money laundering.

Having assessed the pros and cons of the potential entry of DRC to EAC, it will be more beneficial for the EAC bloc if DRC is given accession to the community. 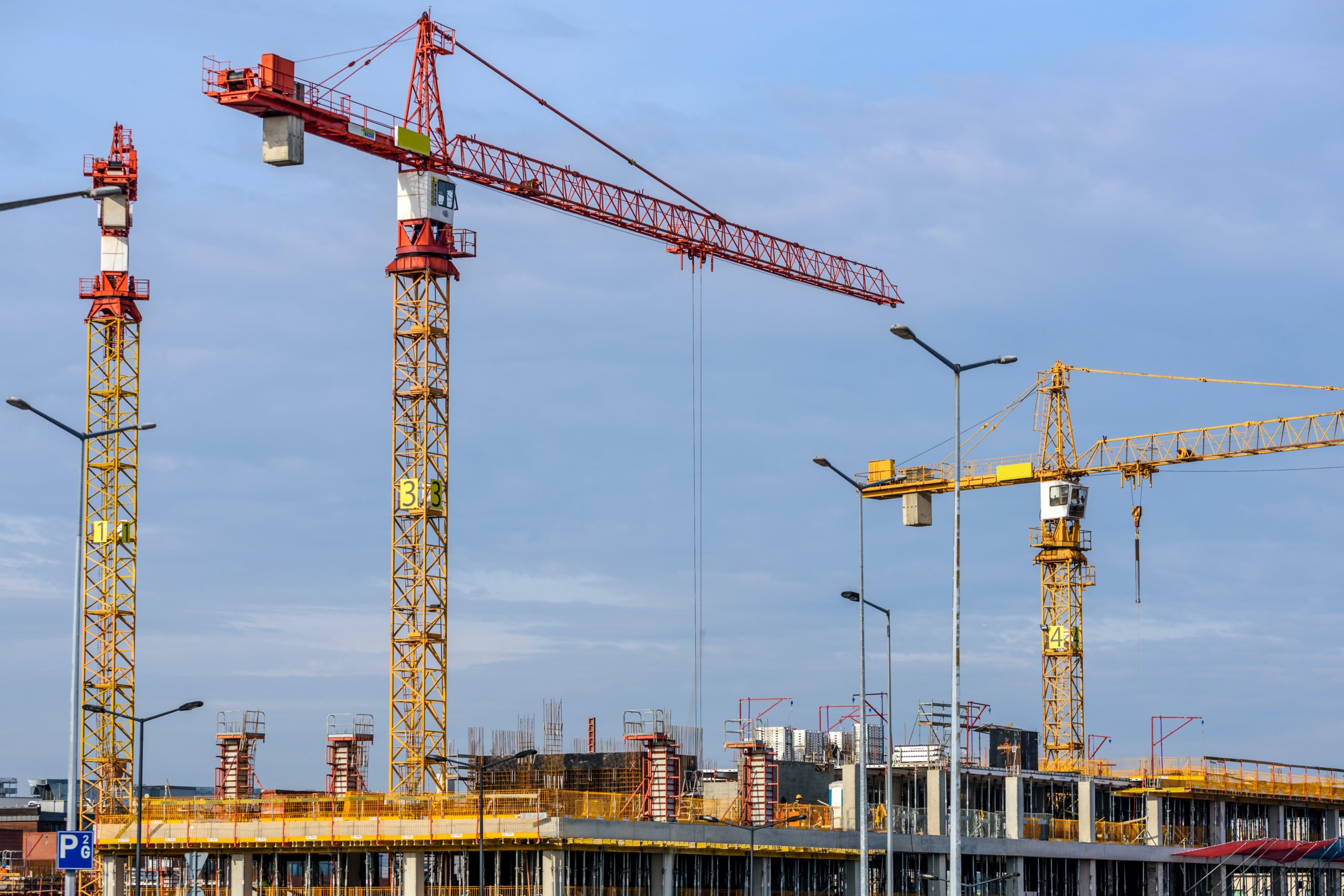 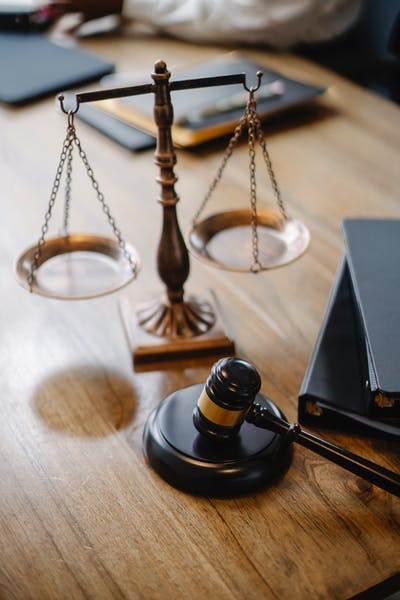 Article 159 of the Constitution of Kenya compels the Judiciary, in exercising its authority, to promote alternative dispute resolution (ADR), including conciliation, mediation, arbitration and