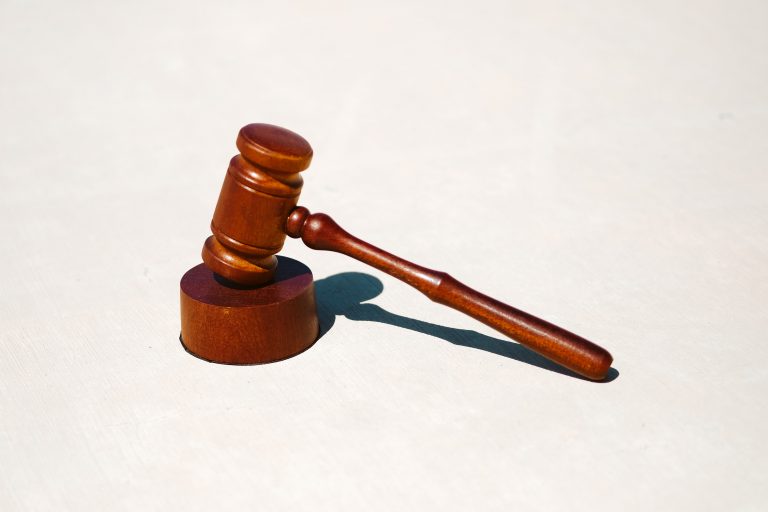 Leveraging on Digital Technology in Administration of Justice

When the first confirmed case of COVID-19 was reported in Kenya on 12th March 2020, most government services including the judiciary were scaled down. The courts are paramount in ensuring that justice is not denied or delayed, hence, any shocks to the judicial system threatens the enforcement of the rule of law and the protection of the rights of citizens. Additionally, access to justice is essential in upholding the socio-economic well-being of citizens.

The Kenyan court system has for years been primarily characterized by paper-based procedures and physical court appearances. Therefore, given the prolonged nature of the pandemic, immediate solutions were necessary to ensure that citizens had access to justice while observing the health protocols of the pandemic.

The courts were quick to embrace the use of digital technology in dispensation of justice. The Practice Directions on Electronic Case Management were gazetted on 24th March 2020 through Kenya Gazette Notice No. 2357 under the Civil Procedures Act. The system, which was developed by the Judiciary Information Communication Technology (ICT) Directorate was officially launched in July 2020 by the then Chief Justice David Maraga together with the Office of the Director of Public Prosecutions. The use of digital technology thus proved to be a crucial innovative solution to ensuring service delivery in the face of the corona virus pandemic.

The process of integrating digital technology in administration of justice began in 2005. The Judiciary strategic plan 2005-2008 identified Court Records Management System (CRMS) and Digital Audio Recording (DAR) as key in improving service delivery. The strategic plan unveiled in 2009 also had plans to institutionalize appropriate ICT facilities to increase efficiency in the judicial operations. During the tenure of the former Chief Justice Willy Mutunga, harnessing digital technology to expediate delivery of justice was identified as one of the pillars for judicial transformation by the Judicial Transformation Framework 2012-2016. The strategic plan mandated the Judiciary to develop and deploy the electronic case management system, digitize court records and adopt audio-visual recording and transcription of court proceedings. Dr Willy Mutunga also established the Integrated Court Management System Committee (ICMS) in 2014 that developed the ICT Master Plan 2017-2022 for the Judiciary. The current strategic plan, dubbed Sustaining Judiciary Transformation for Service Delivery 2017-2021, aspires for quality service delivery through automation and digitization, among other strategies.

Prior to its official launch in 2020, the court case management system had been piloted in Eldoret Law courts by the National Council for Law Reporting (Kenya Law) in 2011 while virtual courts were piloted in Nairobi and Mombasa in the same year. The Judiciary intended to use the lessons learnt from the pilots to inform the piecemeal roll out of ICT integration in 2012-2016. The integration was slowed down by inadequate digital technology infrastructure such as computers and internet connections, and unreliable electricity in many courts. However, in 2015, the judiciary managed to roll out the Daily Court Returns Template to evaluate job performance. The templates were updated by an administrative officer at each station and copies sent to the central directorate that monitored performance. This allowed the directorate to track case assignments, processing times and facilitate distribution of caseloads. The challenges with this tool were that it did not allow document sharing and it was also difficult to verify the data that court stations submitted. Other efforts in digital integration were the piloting Judiciary Automated Transcription System in 2016, with the intention of facilitating the digital audio and video recording of court sessions and the preparation of transcripts.

Currently, the electronic case management system is being used by the Supreme Court, Court of Appeal, all High Court Divisions and other subordinate courts in Nairobi. The Judiciary plans to expand its use countrywide beginning with Mombasa and Kisumu towards the end of 2021. The judiciary is also implementing a digital court recording and transcription system in 32 out of the 132 courts in Kenya. Plans are still underway to establish a Judicial data centre. Two recent laws – Business Laws (Amendment) Act, 2020 which recognized electronic signatures and the Data Protection Act No. 24 of 2019 created a favourable regulatory framework for the use of digital technology in judicial service delivery.

The electronic case management system has two interfaces. The user interface that allows lawyers, law firms and individuals to register through the e-filing portal on the Judiciary website or through e-citizen portal. Using their login details, registered persons can then carry out e-filling of cases, uploading documents and e-payments for commercial and civil cases. Additionally, the public can carry out electronic case searches and electronic case tracking to determine the status of cases. When it was first launched, the user interface was geared for represented litigants, but it has since been upgraded to allow filling by individuals.

The courts interface allows judicial officers to have access to court documents and make rulings electronically through the portal or email. The use of video and audio conferencing through virtual platforms such as zoom or skype has also been integrated into the system. Judicial registrars give notice on the Judiciary website on dates and times of virtual mention of cases, hearing of cases, rulings and determination of cases. The links to virtual court proceedings are also shared with the public on the website. The virtual court links give the litigants/defendants access to courts while also allowing the public to attend the online hearings. The virtual links are shared only to the parties involved for cases that are private in nature such as those filed at the family division. For the rulings and determination of cases, litigants receive notification via SMS or emails on date and time and the virtual links are also shared. Litigants and the general public can also access the notices and search for cases on the Kenya Law website. Between 1st April 2020 and 12th March 2021, over 400 virtual court links had been shared on the Judiciary website while over 200 rulings and judgements have been delivered via email and videoconferencing.

In July 2020, the Office of the Director of Public Prosecution (ODPP) developed and integrated its Case Management and Document Tracking system into the Judiciary electronic filing system to enhance efficiency in the criminal justice system. The integration of the two systems facilitates easy access and retrieval of information between the prosecution and the courts, allowing for ease of access on information regarding the progress and statuses of criminal cases. Administration of justice for criminal cases have also been done remotely as bail and plea taking have been conducted with prisoners on video conferencing platforms.

Although, the importance of digital technology in the judiciary has become more prominent in the Covid-19 period, several countries had already adopted it pre-COVID. The Australian courts in 2018 were encouraging litigants to use digital technology  such as video conferencing, electronic filing and case management. In the UK, efforts to increasingly integrate digital technology in the courts by automating functions such as court fee payments, e-filling of cases and digitizing records began in the early 2000s. Courts in Netherlands began using video conferencing in 2002, where in the beginning mock-up trials were conducted with stakeholders before a nationwide rollout in 2008. Rwanda is one of the early adopters of digital technology for judicial service delivery in Africa where between 2015 and 2016, the country implemented the Integrated Electronic Case Management System.

Digital technology has not only made it possible for courts to operate while complying with COVID-19 prevention protocols, but it has also made court procedures and proceedings more transparent and efficient. The links to virtual court are shared with the public, thus a wider public is privy to the hearings, enhancing the transparency of proceedings. Digitalization has enabled the judiciary to be more accountable as it avails all necessary information to the public through their website. Electronic and mobile payment of court fees enabled by the electronic case management system and the Judiciary Financial Management Information System (JFMIS) also increases accountability and transparency.

Efficiency is enhanced through reduction of paperwork and potential loss of physical court documents that may delay delivery of justice. Digitization of court records and automation of some of the court processes expediates the determination of cases, reducing case backlogs. The courts also save on costs of storage and retrieval of court documents that is associated with manual records management. It is also cost-effective as it saves litigants and defendants time and resources they would have used in travelling to access justice. It also potentially saves time for police officers; they can give their evidence virtually and have time to attend to other official duties. They also get the convenience of not having to transport prisoners to courts. Virtual courts also reduce the costs of transferring and protecting vulnerable witnesses, thus reducing the cost of access to justice.

Affordable and secure internet connectivity is another potential challenge that tends to be compounded by limited electricity connectivity. In cases where defendants do not have strong internet connection, their ability to fully defend themselves virtually may be compromised. The requirement for defendants to have secure and fast broadband internet and robust information and communication technologies to access virtual courts inadvertently hinders their access to justice and contravenes their constitutional rights. Additionally, the cost of internet is high for most Kenyans. There is also inadequate access to appropriate technology that allows for virtual court sessions. Therefore, this crucial innovation risks leaving behind a significant portion of the population and exacerbate inequality in access to justice.

There are also the potential threats from cyber-attacks that may jeopardize digital technology in courts and compromise the integrity of court proceedings. Although the Office of Data Protection Commissioner was established with the aim of enhancing data protection, it mainly safeguards data privacy. Currently, there is no overarching law that specifically addresses cyber security issues as the Computer and Cybercrime Bill 2016 is yet to be tabled in parliament.

The judiciary has expressed its intention to fully adopt and integrate digital technology in delivery of services beyond the COVID-19 pandemic period. The judiciary intends to rollout the Judiciary Registry Queue and Customer Care System that will help citizens to seamlessly interact with the judiciary. It also has plans of establishing a data centre that is robust and resilient. To ensure it accomplishes its objective of offering judicial services to citizens in an equitable and inclusive manner, there is need for significant investments in electricity and ICT infrastructure in the country to narrow the digital divide. Moreover, it is imperative that better and modern information and communication technologies are availed not only at the courts but also at prisons to give defendants a fair chance when seeking justice. Safeguarding the e-filing system against cyberattacks and enhancing data protection will be critical in upholding the integrity of virtual courts.