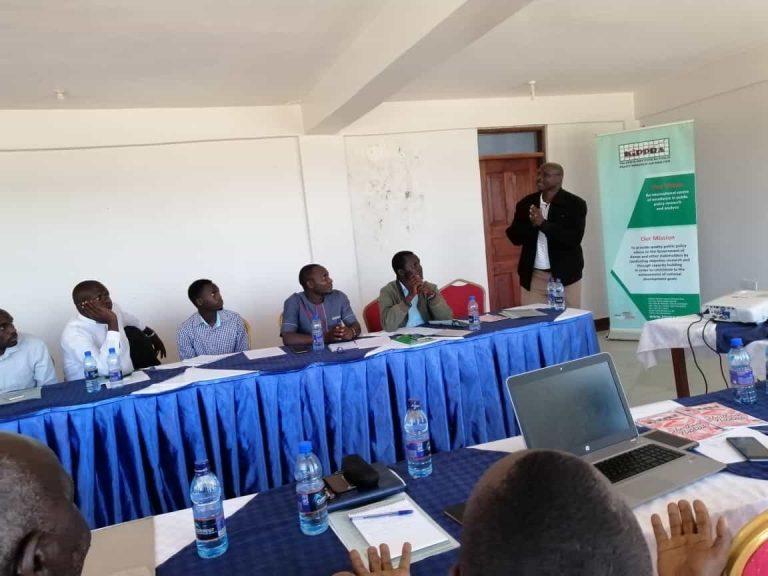 Accessibility to the transport infrastructure is critical for social and economic inclusion of Persons with Disabilities (PWDs); and lack of universal accessibility of transport infrastructure both in urban and rural environments limits the participation of PWDs in the society. Transport infrastructure depending on their design can enable or impede access and participation of Persons with Disabilities (PWDs) in various social and economic activities. While accessibility is dependent on the ability of the built environments to recognize the diversity of the needs of PWDs along the travel chain, safety is dependent on the transport system ability to protect the vulnerable users from accidents and injuries. Safe mobility entails “the ability of a person to safely and reliably access preferred destination by navigating an environment that considers his or her needs and preferences”. Safe mobility, therefore, entails the ability of the PWDs to independently use a mode of transport. Affordability entails the extra “hidden” cost that PWDs have to incur for their mobility. For example, PWDs often have to use taxi cars as opposed to available public transport, or even pay relatively more than the other public transport users. The cost is even worse in rural areas where PWDs have limited travel options, implying that PWDs in rural areas are less mobile.

At the core of promoting accessibility, safety and affordability in transport infrastructure for PWDS is the concept of universal design. Universal designs enable easy accessibility of built environments where all people can conveniently access, to the greatest extent possible, devoid of the need for specialized features or further adaptation. Some of the key components of universal designs in the transport system include ease in boarding and disembarking the vehicles, securing passengers and their mobility equipment and ease in inputting the destination. Universal design promotes creation of spaces that are usable by all persons on an equal basis, which is an underpinning element of accessibility. The Kenya Persons with Disabilities Act of 2003 incorporates the principle of universal design that requires that buildings and road design are accessible to PWDs as a core component of the design. The National Disability Policy 2006 further recognizes accessibility as a cross-cutting concern that should remain an underlying consideration in the built environment, information, and services. Ensuring universal designs does not only respond to the needs of PWDs but is as well a smart investment since it will not necessitate requiring costly renovations or supplementary facilities or services in the future to address the needs of PWDs. As such, accessibility needs to be conceptualized as a benefit to the society at large by enabling economic participation and social progress for all, including PWDs. However universal designs vary across regions and countries.

South Africa’s MyCiTi’s Integrated Rapid Transport System in Cape Town is one example of projects that explicitly included universal design, hence, accessibility as a project outcome. The MyCiTi’ is the first universally accessible transport system in Sub-Saharan Africa. MyCiTi transport system integrated wheelchair-accessible toilets and wide entrance gates without inaccessible turnstiles. The railway stations are enabled for level and seamless boarding onto vehicles with the railway systems consisting of fleet of low floor kneeling vehicles that have wheelchair positions. Other MyCiTi’s universal access facilities include tactile paving to help the visually impaired locate stations and platforms, and induction loops at ticket kiosks for the hearing impaired. There are also boarding bridges on buses serving residential and central city routes, which provide passengers with level access onto the buses from bus stops. All 35 MyCiTi stations and 161 roadside bus stops are universally accessible with all the 379 buses having leveled boarding, spaces for wheelchairs and equipped with audio LED screens and service information in diversified format. The stations and the buses have dedicated customer support staff enabling seamless traveling for PWDS. Further, MyCiTi’s has a Dial-a-Ride, which is a dedicated kerb-to-kerb service for PWDs who are unable to access mainstream public transport services. MyCiTi’s reports that Dial-a-Ride transports 350 regular users and 2,270 passengers on an ad hoc basis.

Hong Kong Public Transport System is another model system that integrates universal design ensuring seamless access to public transport for PWDs. The Transport Department in Hong Kong set up a “Working Group on Access to Public Transport for Persons with Disabilities” with core mandates of tackling key transport challenges experienced by stakeholders addressing the transport needs of PWDS. Consequently, 30 per cent of the buses (about 2,000) are wheelchair-accessible, are equipped with a fixed ramp and wheelchair parking space inside the buses. Over 95 per cent of all taxis have a braille and tactile vehicle registration-number plate inside the vehicle compartment while about 7,500 taxis have talking meters that announce taxi service and taxi fare messages in diverse languages including English, in Cantonese and Putonghua. Similar to Cape town’s MyCiTi’s Dial-a-Ride service for PWDs, Hong Kong government funds a Rehabus services for the individuals unable to access public transport. The Rehabus service is a territory-wide transport network consisting of a fleet of about 90 wheelchairs- accessible buses and offers a dial-a-ride service and scheduled and feeder services on fixed routes to about 490,000 passengers annually commuting to school, work, among others.

In Kenya, the built environments present multiple barriers to PWDs. Heavy traffic; absent, uneven or discontinuous footpaths, and inaccessible public transportation are some of the built environment characteristics that inhibit the mobility of PWDs. PWDs often have to use different mobility services, implying that any break in the chain makes the whole journey impossible. Given that a majority of the PWDs reside in the peripheral locations at the edges of cities often characterized by poor infrastructure, PWDs’ transport challenge starts as soon as the PWDs leave their house given the absence of curb ramps, quality footpaths, even surfaces, lighting and presence of unexpected obstacles in most of the residential areas. Moreover, long distances to the bus stops without feasible alternative routes are some of the common barriers that PWDS have to bear with in Kenya.

A majority if not all the passenger vehicles in the country are generally not equipped with universal accessibility features. Consequently, accessing public transport systems by PWDs is treacherous. It is common for PWDs to be charged twice the standard fare or shunned by the public transport operators. The absence of audio for pedestrians at the crossings in urban areas implies that PWDs particularly those on wheelchairs have to rely on private transportation, which is expensive or unavailable since taxis are reluctant to provide assisted care to PWDs.  Deteriorating road surfaces, poor compliance with traffic signals by the motorist, increasing proliferation of two- and three-wheeled vehicles decrease safety considerably, and thus hampering communication among PWDs.

The Kenya National Survey for PWDs 2007 had information on the transport and PWDs. The Survey identified that 15 per cent of rural respondents and 11 per cent of the urban respondents rely upon personal mobility devices such as walking sticks, frame guides, wheelchairs or crutches as complement to absent or diminished physical functions. In addition, 92.8 per cent of rural residents and 87.3 per cent of the respondents indicated that they experience daily activity limitations due to absence of assistive devices. The survey identified that environmental factors such as accessibility of transport, terrain, climate, temperature, noise, among others, are a major problem to 64.5 per cent and 78.4 per cent of the urban and rural PWDs respondents.

The Kenya Integrated Household Budget Survey (KIHBS) 2015/2016 identified that 52.7 per cent of PWDs in urban areas and 55.4 per cent of the PWDs in rural areas experience difficulty in engaging in economic activity due to mobility-related challenges. Without accessible transport, millions of people with disabilities are unable to leave their homes or go to welfare services; children are unable to go to school and adults are unable to commute to work.

Given that buses are the popular public transport system in Kenya, their accessibility is core for PWDs. Low-floor vehicles, high-floor buses with raised boarding platforms, wheelchair space, accessible bell pushes, wide aisles, entrance handrails and stanchions, clear destinations, signage and information, are some of the universal designs that ensure accessibility of buses by PWDs. Such features would enable independent embarking and disembarking by PWDs. The proposed roll out of a Bus Rapid Transit (BRT) system in Kenya presents an opportunity for integrating universal access by equipping the buses with either mechanical lifts or wheelchair ramps to enable independent use by persons with physical, sensory, and/or cognitive disabilities. Ensuring that the BRT vehicles are fitted with an automated ramp, for example, would allow seamless access to persons using wheelchairs. Other features would include dedicated areas for mobility devices, kneelers, priority seating, digitized destination signs, and automated stop announcements.

Integration of text-to-speech technology, bus-activated traffic signals, traffic lights “count down”, audible signals at pedestrian intersections and the adjusted width of pedestrian crossings are some of the core aspects of accessible transport infrastructure. Automation of the traffic system would integrate technical solutions that detect the presence of pedestrians in the crossing or waiting to cross, automatically extending the crossing time for slow walkers and canceling the pedestrian phase if no one is waiting to cross. The Nairobi County introduced digital zebra crossing along Harambee Avenue and Uhuru Highway which ensures the safety of disabled pedestrians. Scaling up of digital zebra crossing in other roads with high human traffic is one of the approaches that would address the transport safety of PWDS.

For rural areas, the objective of universal access can be achieved through improving opportunities for walking, or walkability, by changing community-built environments. Local partners and or communities of service can be engaged in operationalizing walkability and iteratively develop a walking map responsive to community priorities of inclusivity and community engagement while ensuring equitable supports for walkability. This would ensure universal design supported with provision of mobility tools for all residents while promoting community environments.

Photo: Courtesy of the World Bank 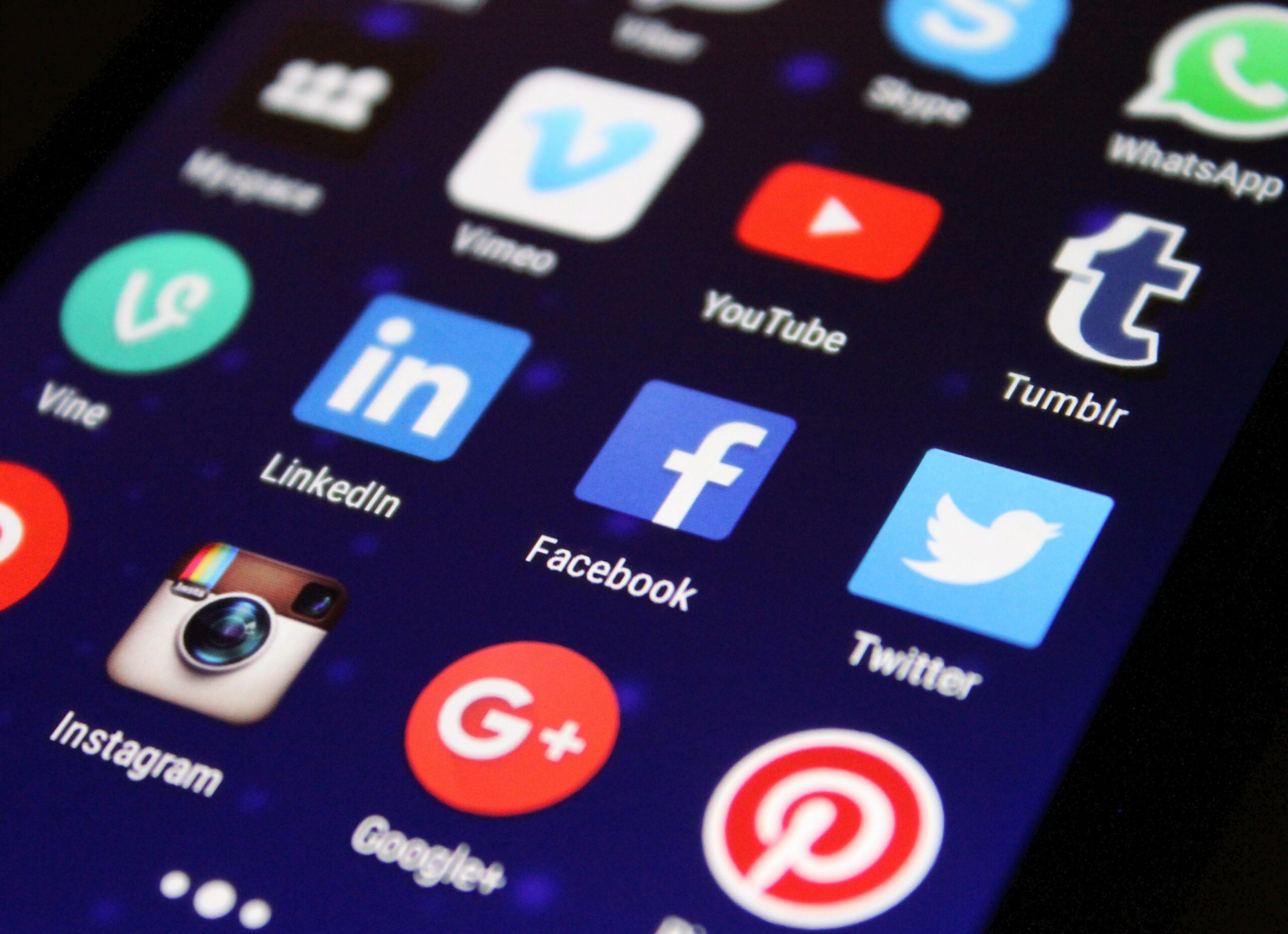 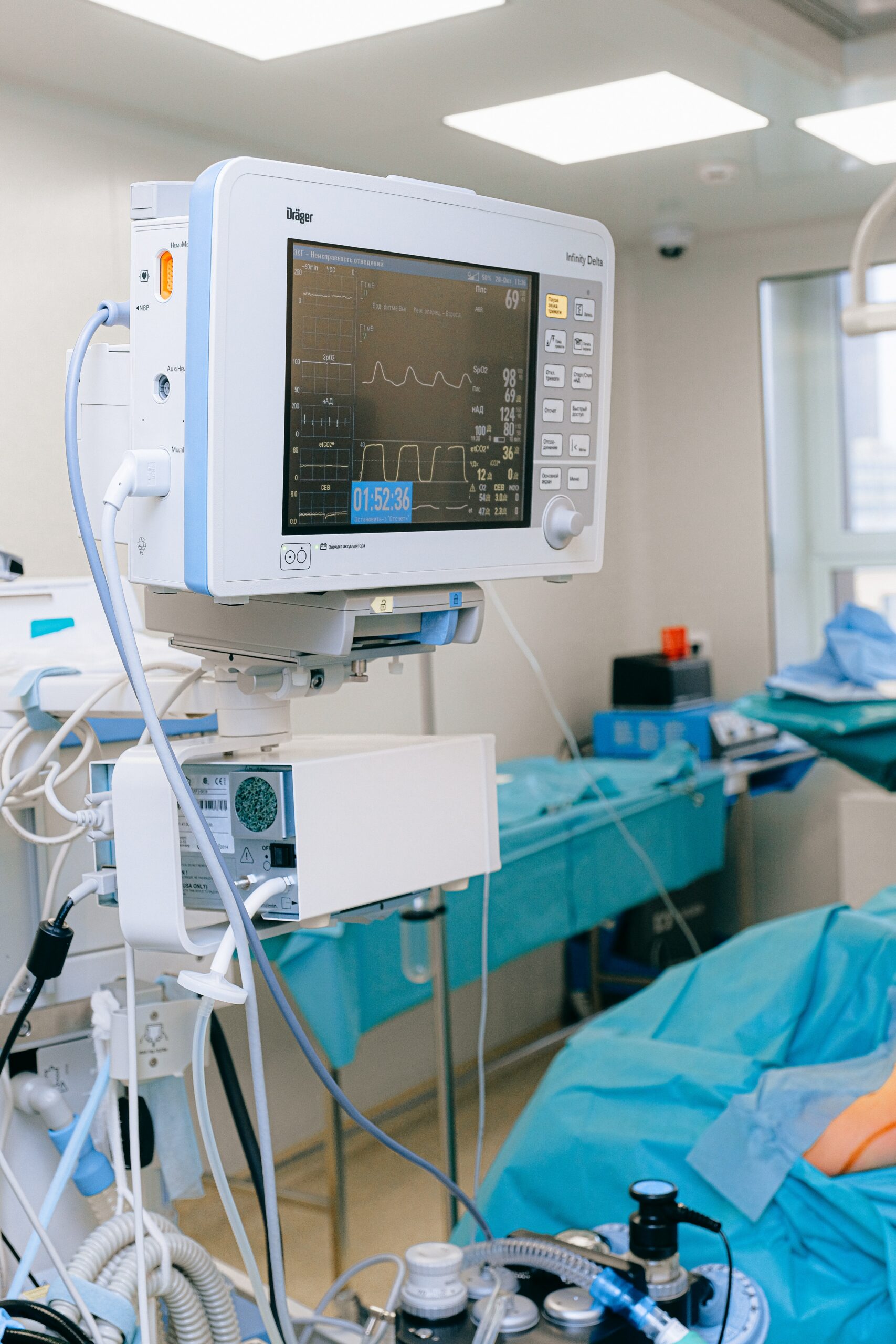 Introduction Provision of health services is a devolved function and county governments are expected to plan and budget for it. For the counties of Mandera, 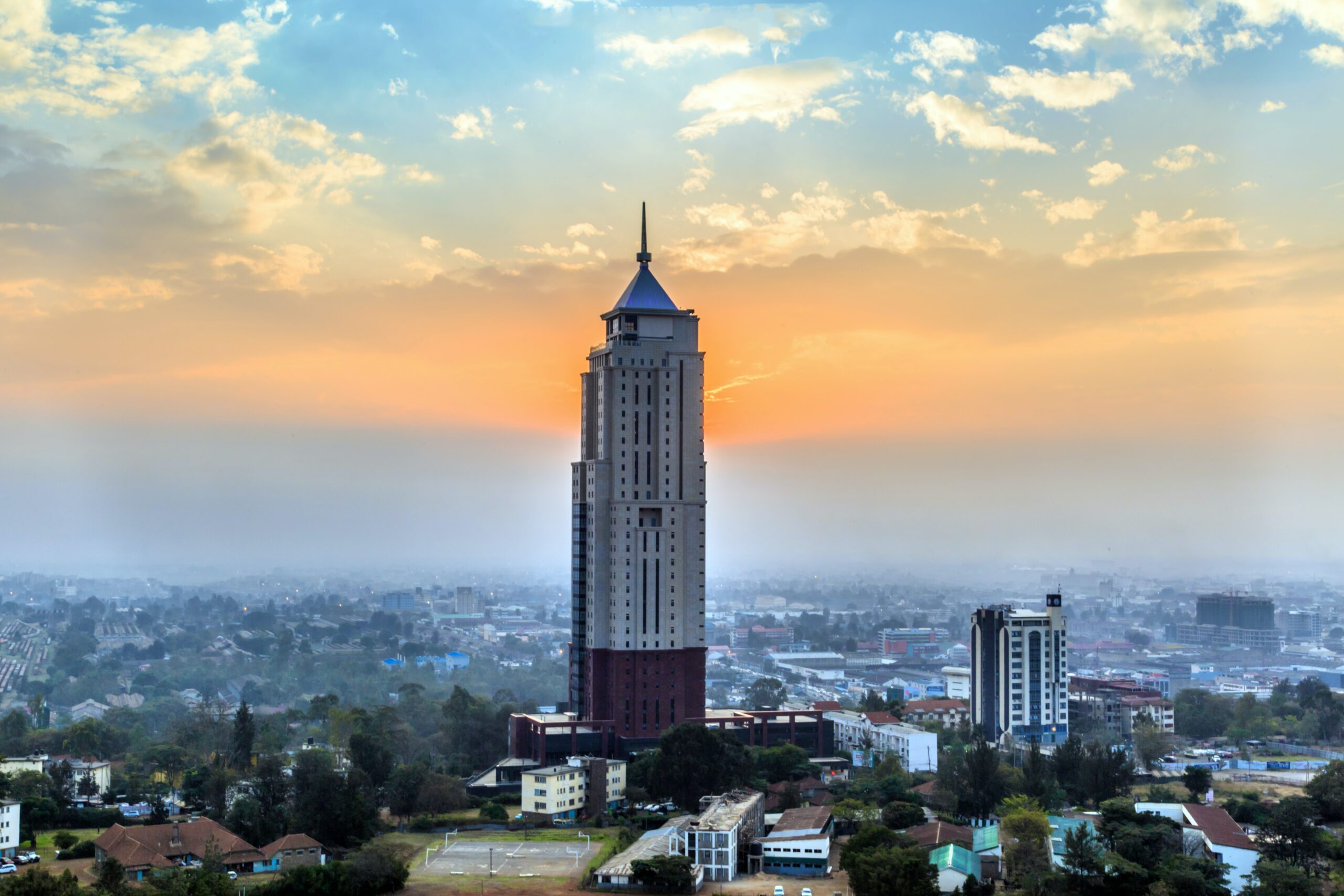 Restoring Nairobi to a Green City in the Sun

Nairobi was once renowned as the “Green City in the Sun” with a reputation for being a healthy environment to live in. It took tremendous