Breaking the Barriers for Persons with Disabilities

Persons with Disabilities (PWDs) face various barriers in their day to day life. The barriers could be defined as any factor which includes communications, attitudes, infrastructural and administrative factors that subjects PWDs to lives of unjustifiable dependency, segregation, isolation and exclusion in a society. Longtree (2010) notes two schools of thought that drive the responses in addressing the barriers that confront PWDs. The first one, the Old paradigm, also called the Medical Model, is characterized by fixing the individual as defective and focuses on life rehabilitation programmes. The second one, referred to as the New paradigm, or the Social model, considers disability as a part of human experience that requires removing the barriers that hinder PWDs from participating in society. A survey on PWDs conducted in 2008 by the Kenya National Survey for Persons with Disabilities suggested that 12 per cent of PWDs in Kenya face difficulties in accomplishing their daily activities due to mobility restriction. The figure is higher in rural areas at 14 per cent compared to urban areas at 8 per cent.

In the Kenya 2019 Population Census, various forms of disability are identified. Out of the 918,270 PWDs, persons with mobility disability comprise the highest category, accounting for 28.6 per cent of the total, followed by visual (24.8%) and hearing (11.4%) impairment. Of these, the number of women with disabilities is slightly higher, accounting for 57.5 per cent while men with disabilities account for 42.5 per cent of the total. Further, 80 per cent of PWDs reside in rural areas.

Table 1: Distribution of persons with disabilities by gender in Kenya

Section 21, 22 and 23 of the Persons with Disabilities Act 2003 states that PWDs are entitled to a barrier-free and disability-friendly environment for them to have access to social amenities, and assistive devices and other equipment to promote their mobility. The Kenya National Survey for Persons with Disabilities (2008) estimates that only 32 per cent of PWDs have access to assistive devices and services in Kenya, 41 per cent in urban areas compared to 26 per cent in rural areas. About 12 per cent use a personal mobility device, communication aids at 0.3 per cent, and personal care and protection at 0.4 per cent. Further, the WHO (2011) report estimates that over one billion people with disabilities and older people need assistive devices to enable them to easily participate in the society. Further, Borg (2015) finds that a large proportion of PWDs in developing countries  have not yet gotten a chance to own and personally utilize assistive devices, including hearing aids for the deaf, wheelchairs, crutches, supporting walking frames for persons with reduced mobility, which is attributed to high costs, lack of awareness and inadequate financing of assistive technologies. The National Development Fund for Persons with Disabilities (NCPWD) helps the disabled people by providing assistive devices and services, which enables the individual to function in a society. The Fund gives priority to individuals requiring assistive devices to function in life. That said, with the low registration of PWDs, several deserving PWDs are yet to have access to assistive devices. Further, the National Building Regulation Act 2017 provides regulations on national requirements for an accessible built environment. Section BB 70-81 of the Act focuses on building requirements, including for building entrance and exit ways, facilities to and within buildings, and signs to facilitate access by PWDs.

Stereotyping of PWDs with disability portrayed as a problem has seen PWDs excluded from socio-economic activities, including education and employment opportunities. The traditional African belief and customs are the key drivers of stigma, discrimination and exclusion which increases the risk of violence and physical abuse in the communities (Okombo, 1993). For example, the 2006 BBC Public Health Report finds that people with albinism face prejudice and death every day, with belief linked to possession of their body parts and amassing of wealth and success. In addition, Franzen Bjorn (1990) argue that in some communities in Kenya, a child with a disability is viewed as a symbol of a curse to the whole family and the community, including beliefs that disabilities are punishments for bad deeds by witchcraft exercised by other people. Further, Valentine and Skelton (2007) find that deaf people are termed as primitive, savage, feebleminded, incapable of abstract through gesture communication and animal like, while Omiegbe (1998) observe that persons with mental illness are killed as part of ritual practices.  In addition, Wiman and Sandhu (2004) note that cities and urban planning in developing countries often neglect the needs and interests of PWDs because it is viewed as costly to build designs with additional requirements.

PWDs often face infrastructural barriers. For example, in the public transport system, there are limited reserved seats for PWDs. People with physical impairments, especially wheelchair users, are often limited to more expensive forms of transport because of inadequacies in the transport systems. In addition, people with visual impairments are unable to find the correct stages/bus-stops due to absences of tactile. Betty Akinyi (2014) argues that PWDs are still a marginalized group in Kenya despite the polices, regulations and constitutional provisions protecting them, as they do not enjoy the right to access the public spaces due to non-compliance of legislation in the major cities in Kenya. In addition, Musyoki (2016) finds disability mainstreaming on public infrastructure project design in Kisumu Municipally as still a big problem.

PWDs also have limited access to use of Information and Communication Technologies (ICTs). For example, the Kenya Population and Housing Census 2009 found PWDs as most disadvantaged in accessibility of ICT services in Kenya at 2.5 per cent compared to persons without disability at 74 per cent. About 1 per cent of PWDs had access to a TV compared to 34.3 per cent of persons without disability, while 1.5 per cent of PWDs owned a mobile phone, compared to 50.0 per cent of persons without disability. This finding is corroborated by Dung (2009), who finds PWDs with unequal access to computer and internet technologies given economic and linguistic restrictions. Other barriers include lack of proper signage, sign language interpretation, emergency alarm without visual alert, inaccessible format of websites, information material like books, and height of customer service desks. Given that ICT is one of the enablers of growth in the modern economy, there is need to enable access to ICT and assistive devices by PWDs to enhance their full and effective participation in economic activities.

Environmental barriers include the design of parking lots for PWDs, lifts and ramps; handrails; floor designs (slippery materials); width of doors/corridors; appropriate office furniture; accessible washrooms; use of sign language; inclusive public transport; control devices (power switches and sockets, meter indicators); fire safety (fire alarms, call points, fire extinguisher, emergency alarms, and fire exits) friendly to PWDs.  Many multi-story residential apartments and other built environments lack lifts or ramps to facilitate access by PWDs. While there is sign language interpretation in television programmes, the newscast allocates only a small portion of the screen such that deaf people have to come closer to see what is on the screen. In addition is limited subtitles in television programmes. The proceedings in Parliament are also broadcasted in sign language. In social events, some churches have introduced sign language. It is important that persons with disabilities have access to full information in a format accessible, such as sign language service, braille system and accessible information.

Finally, is the weak integration of disability in Government policies and programmes. Mute (2007) observes that the Government has a weak enforcement mechanism of the existing policy and legal framework, which makes it difficult to adequately provide for PWDs in Kenya.  Further, Cheshire (2018) finds that PWDs are at risk of being left out due to lack of usable data to support a robust monitoring on budget allocation and accountability mechanism.

To break the barriers, it is important to provide an enabling environment that creates public awareness through campaigns to sensitize PWDs and strict enforcement of regulations in adhering to universal designs in built environments. In addition, there is need for continued advocacy for the rights of PWDs with a focus on enhanced inclusivity on developmental agenda.

Fletcher, A. and Hurst, R. (1995), Overcoming obstacles to the integration of disabled people. London: Disability Awareness in Action.

Franzen, B. (1990), Attitudes towards people with disabilities in Kenya and Zimbabwe.

Marriotti, A. (2007), Social assistance and disability in developing countries. Supported by DfID and Sight Savers International.

Ochieng A., Onyango G. and Oracha P. (2010), Architectural barriers experienced by people with physical disabilities in the central business district of Kisumu, Kenya.

Image: Courtest of the United Nations 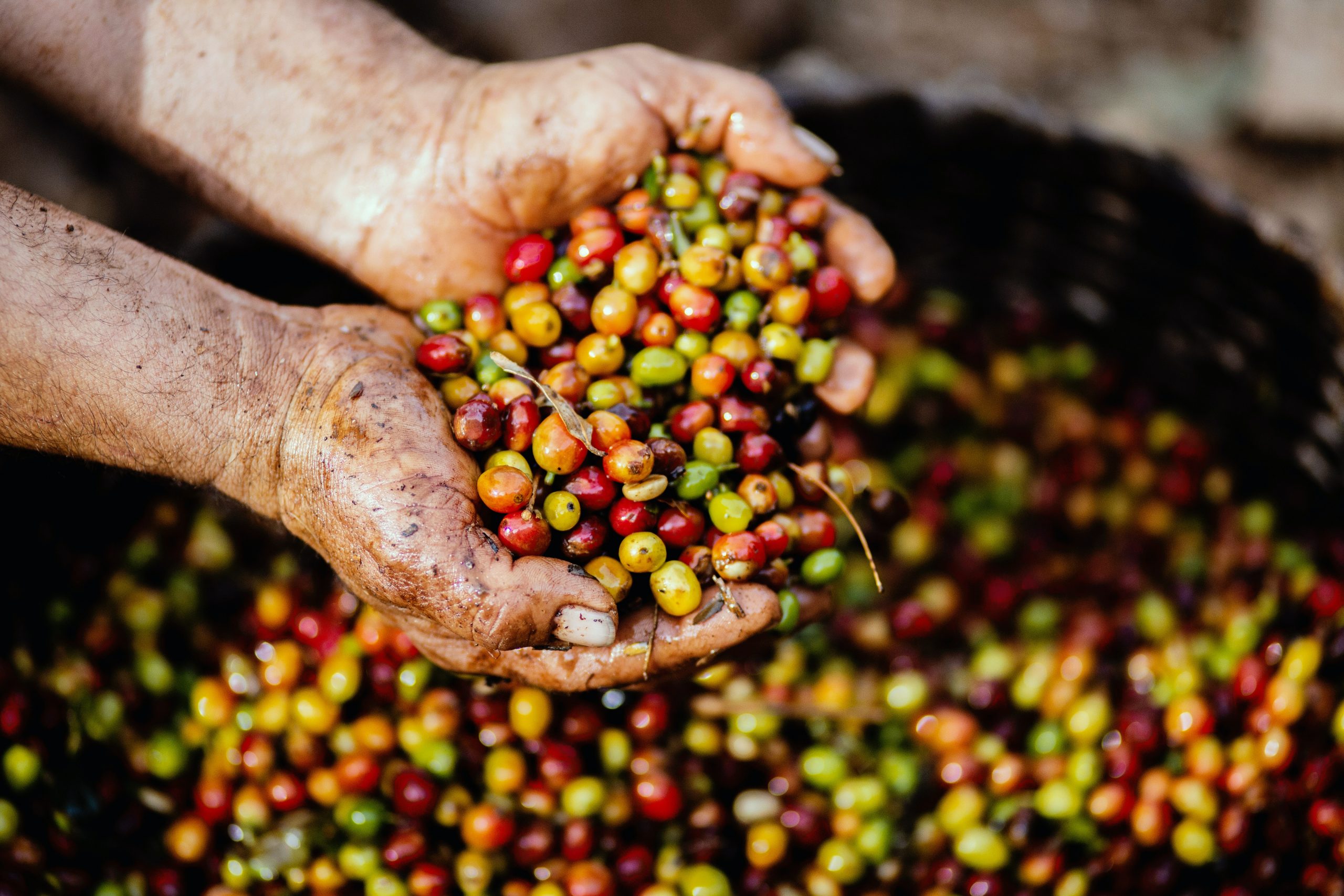